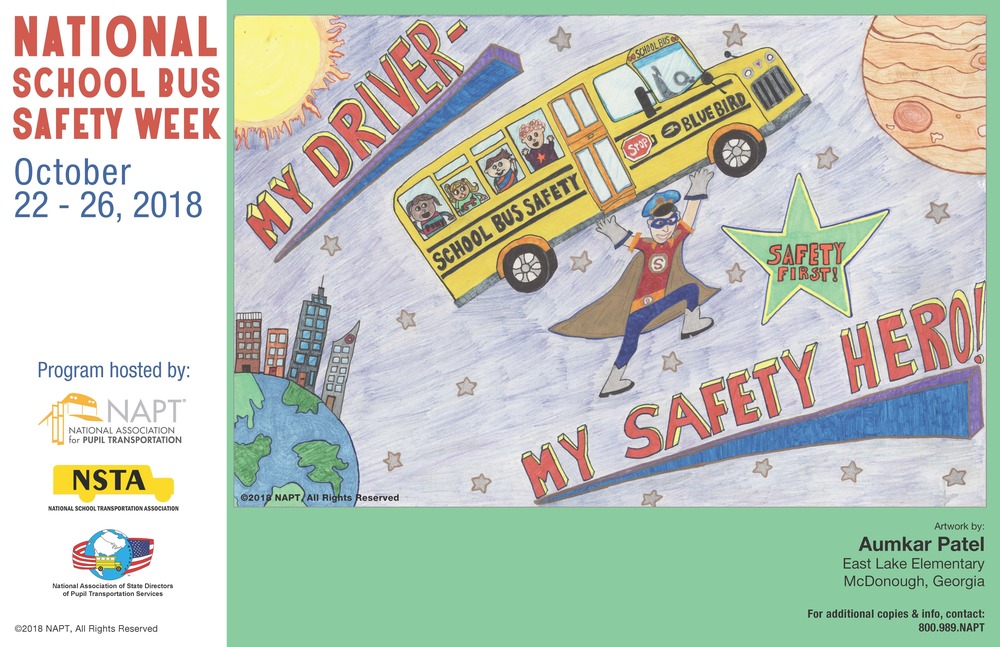 National School Bus Safety Week, October 22-26. The 2018 theme, My Driver – My Safety Hero, recognizes the important role of school bus drivers and addresses the importance of school bus safety.
Champaign-Ford ROE 9 conducts initial and refresher training for all school bus drivers in the region. All drivers are required to participate in training annually. Last year, ROE 9 held six 8-hour initial trainings and ten 2-hour refresher courses. All drivers are required to participate in training annually.
All motorists play a role in school bus safety. It is unlawful for a driver to pass a school bus that has stopped to load or unload children when its stop signal is extended. A driver is required to stop his or her vehicle before passing the school bus from either direction. An exception is when the driver is on a highway with four or more lanes with at least two lanes of traffic in either direction. If the driver is going in the opposite direction of the bus, he or she does not have to stop.
For more information on National School Bus Safety week, please visit the National Association for Pupil Transportation website.
Copyright © 2021 ROE 9. All rights reserved. Powered By Apptegy